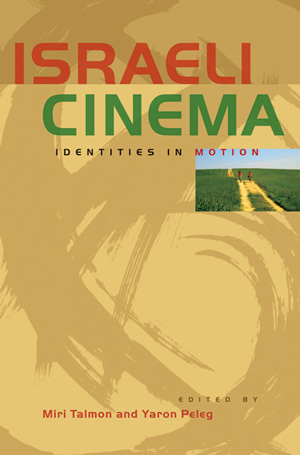 With top billing at many film forums around the world, as well as a string of prestigious prizes, including consecutive nominations for the Best Foreign Film Oscar, Israeli films have become one of the most visible and promising cinemas in the first decade of the twenty-first century, an intriguing and vibrant site for the representation of Israeli realities. Yet two decades have passed since the last wide-ranging scholarly overview of Israeli cinema, creating a need for a new, state-of-the-art analysis of this exciting cinematic oeuvre.The first anthology of its kind in English, Israeli Cinema: Identities in Motion presents a collection of specially commissioned articles in which leading Israeli film scholars examine Israeli cinema as a prism that refracts collective Israeli identities through the medium and art of motion pictures. The contributors address several broad themes: the nation imagined on film; war, conflict, and trauma; gender, sexuality, and ethnicity; religion and Judaism; discourses of place in the age of globalism; filming the Palestinian Other; and new cinematic discourses. The authors' illuminating readings of Israeli films reveal that Israeli cinema offers rare visual and narrative insights into the complex national, social, and multicultural Israeli universe, transcending the partial and superficial images of this culture in world media.