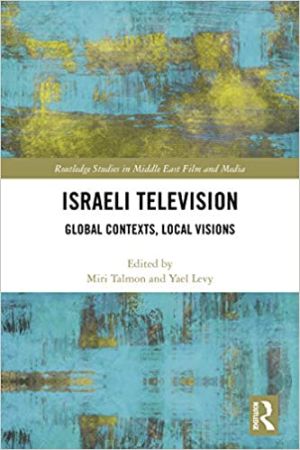 The essays in this anthology study Israeli television, its different forms of representation, audiences and production processes, past and present, examining Israeli television in both its local, cultural dynamics, and global interfaces.

The book looks at Israeli television as a creator, negotiator, guardian and warden of collective Israeli memory, examining instances of Israeli original television exported and circulated to the US and the global markets, as well as instances of American, British, and global TV formats, adapted and translated to the Israeli scene and screen. The trajectory of this volume is to shed light on major themes and issues Israeli television negotiates: history and memory, war and trauma, Zionism and national disillusionment, place and home, ethnicity in its unique local variations of Ashkenazim and Mizrahim, immigrants from the former Soviet Union and Ethiopia, Israeli–Arabs and Palestinians, gender in its unique Israeli formations, specifically masculinity as shaped by the military and constant violent conflict, femininity in this same context as well as within a complex Jewish oriented society, religion, and secularism.

Providing multifaceted portraits of Israeli television and culture in its Middle Eastern political and local context, this book will be a key resource to readers interested in media and television studies, cultural studies, Israel, and the Middle East.