Identity, Place, and Subversion in Contemporary Mizrahi Cinema in Israel 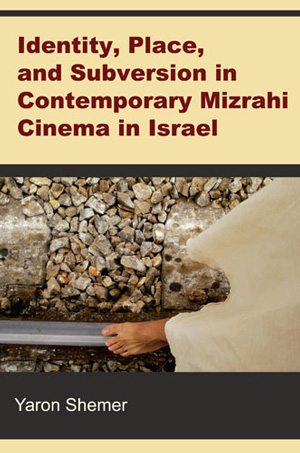 In Identity, Place, and Subversion in Contemporary Mizrahi Cinema in Israel, Yaron Shemer presents the most comprehensive and systematic study to date of Mizrahi (Oriental-Jewish or Arab-Jewish) films produced in Israel in the last several decades. Through an analysis of dozens of films the book illustrates how narratives, characters, and space have been employed to give expression to Mizrahi ethnic identity and to situate the Mizrahi within the broader context of the Israeli societal fabric. The struggle over identity and the effort to redraw ethnic boundaries have taken place against the backdrop of a long-standing Zionist view of the Mizrahi as an inferior other whose “Levantine” culture posed a threat to the Western-oriented Zionist enterprise. In its examination of the nature and dynamics of Mizrahi cinema (defined by subject-matter), the book engages the sensitive topic of Mizrahi ethnicity head-on, confronting the conventional notion of Israeli society as a melting pot and the widespread dismissal of ethnic divisions in the country. Shemer explores the continuous marginalization of the Mizrahi in contemporary Israeli cinema and the challenge some Mizrahi films offer to the subjugation of this ethnic group. He also studies the role cultural policies and institutional power in Israel have played in shaping Mizrahi cinema and the creation of a Mizrahi niche in cinema. In a broader sense, this pioneering work is a probing exploration of Israeli culture and society through the prism of film and cinematic expression. It sheds light on the play of ethnicity, class, gender, and religion in contemporary Israel, and on the heated debates surrounding Zionist ideology and identity politics. By charting a new territory of academic inquiry grounded in an interdisciplinary theoretical framework, the study contributes to the formation of “Mizrahi Cinema” as a recognized and vibrant scholarly field.