Between Two Worlds: Jewish Presences in German and Austrian Film, 1910-1933 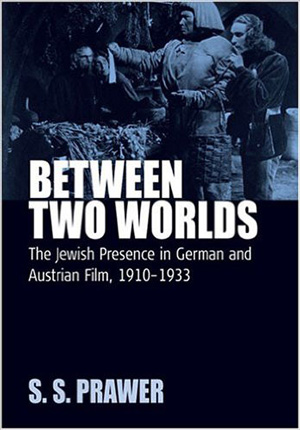 Jews have been well represented in the cinema industry from the beginning of the film era: behind the screen, as producers, distributors, directors, script-writers, composers, set designers; and on the screen, as Jewish actors and as named Jewish characters in the film's plot. Some of these characters are fictional; others, ranging from Rabbi Loew of Prague to Ferdinand Lassalle and Alfred Dreyfus, have a historic original. This book examines how a variety of German and Austrian films treat aspects of Jewish life, at home and in the synagogue, and Jewish interaction with fellow Jews in different cultural environments; conflicts and accommodations between Jews and non-Jews at various times, ranging from the medieval to the contemporary. The author, one of the best known scholars in film history, theory and criticism, offers the reader a rich panorama of the many Jews involved in all spheres of the cinema and who, as the author reminds us repeatedly, together with their non-Jewish contemporaries, created a great industry and new forms of art.