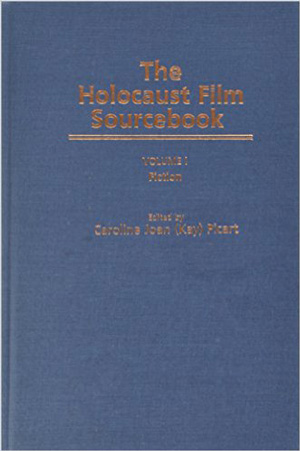 The Holocaust has been the subject of an increasing number of recent films, most notably Schindler's List, Life Is Beautiful, and The Pianist, all of which were rewarded with many Academy Awards. But the history of films dealing with this important subject goes back much further than the early nineties, and the two-volume Holocaust Film Sourcebook will be the first comprehensive guide to them. It responds to this growing body of cinematic work that is uniquely intertwined with historical reality―and which often tries to recreate that reality for the audience. As more scholars and viewers turn to cinema for a greater understanding of the 20th century's greatest atrocity, this work is invaluable, offering readers a guide through all films―fictional, documentary, and propaganda―related to the Holocaust and its effects, including filmographies, bibliographies, production histories, and spotlight essays on key pictures. In doing so, it considers the questions at the root of Holocaust cinema: can reality be represented? What kinds of stories are best suited to it? What moral issues are at stake? But most importantly, in the course of hundreds of entries and a wealth of information, it provides complete coverage of a subject that is at once timely, historical, creative, and unendingly controversial. Of use to film buffs, historians, and researchers, The Holocaust Film Sourcebook provides an invaluable resource.