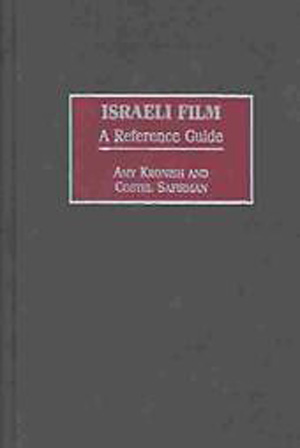 Israeli cinema is a central tool for understanding the contemporary challenges facing Israeli society as it has developed its identity during the past decades. Although films can be considered individual pieces of work, we can gain a unique perspective on the nation's society through a careful analysis of the subject matter, issues, and styles of expression of this unique medium. Since its inception, Israeli cinema has been occupied with the hardships of an ongoing war, problems of Jewish-Arab relations, and the major survival issues of the state. Despite this focus, Israeli filmmaking is in fact much more complex and varied. Indeed, it covers a wide spectrum of issues that have developed during the 70 years during the production of its first feature film. "Israeli Film: A Reference Guide" provides a survey of all major films made in Israel, as well as biographies of major Israeli filmmakers and an overview essay summarizing major trends in Israeli film--and, in doing so, offers a commentary on social trends, historical challenges, and societal issues.