From Nuremberg to Hollywood: The Holocaust and the Courtroom in American Fictive Film 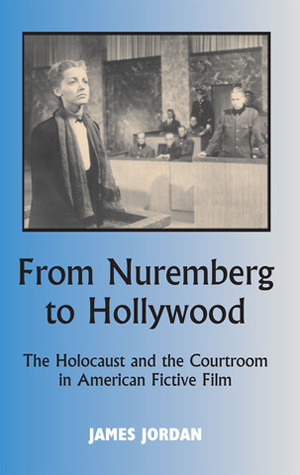 From Nuremberg to Hollywood is a transformative book that explores the evolving relationship between the act of bearing witness to the Holocaust in the courtroom, and how this is perceived and imagined by American film. The book transforms the discipline by providing a cultural history of the intersection of the courtroom and the Holocaust in American film from 1944-2008, using case studies to question the ever-changing relationship between testimony, history, memory, truth, and film. It deconstructs the accepted notion of the Holocaust as being an event at the limits of the imagination. The book is divided into two sections that are delimited by the two real-life courtroom proceedings which have had the greatest influence on American film's representation of the Holocaust: the Nuremberg trials of 1945-46 and the Eichmann trial in 1961. The methodology is to evaluate the filmic trials by comparison with the real-life trials on which they are based, and then to place these films and trials within their broader social context. From Nuremberg to Hollywood asks questions of the spectator, both on and off screen: How does one witness such events, and then how does one bear witness in the form of a credible narrative? How is this presented on screen? In doing so, the book seeks to understand how one of the most horrific and chaotic of events of the 20th century is contained and controlled by the strict demands of the courtroom and the courtroom film genre.