Afterimage: Film, Trauma, and the Holocaust 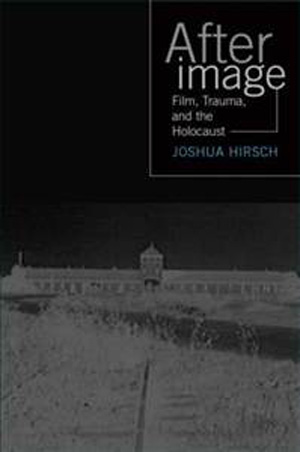 The appearance of Alain Resnais' 1955 French documentary Night and Fog heralded the beginning of a new form of cinema, one that used the narrative techniques of modernism to provoke a new historical consciousness. "Afterimage" presents a theory of posttraumatic film based on the encounter between cinema and the Holocaust. Locating its origin in the vivid shock of wartime footage, "Afterimage" focuses on a group of crucial documentary and fiction films that were pivotal to the spread of this cinematic form across different nations and genres. Joshua Hirsch explores the changes in documentary brought about by cinema verite, culminating in Shoah. He then turns to the appearance of a fictional posttraumatic cinema, tracing its development through the vivid flashbacks in "Resnais' Hiroshima", mon amour to the portrayal of pain and memory in "The Pawnbroker".He excavates a posttraumatic autobiography in three early films by the Hungarian Istvan Szabo. Finally, Hirsch examines the effects of postmodernism on posttraumatic cinema, looking at Schindler's List and a work about a different form of historical trauma, History and Memory, a videotape dealing with the internment of Japanese Americans during the Second World War. Sweeping in its scope, "Afterimage" presents a new way of thinking about film and history, trauma and its representation.