Mediamorphosis: Kafka and the Moving Image 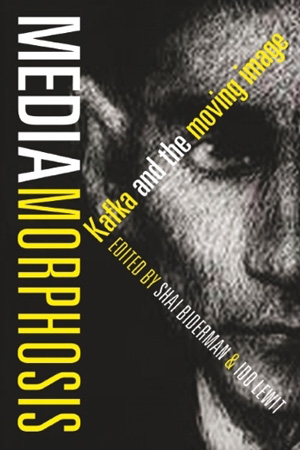 The idea of a visual manifestation of the work of Franz Kafka was denied by many―first and foremost by Kafka himself, who famously urged his publisher to avoid an image of an insect on the cover of Metamorphosis. Be that as it may, it is unlikely that such a central progenitor of twentieth-century art and thought as Kafka can be fully understood without reference to the revolutionary artistic medium of his century: cinema. Mediamorphosis compiles articles by some of today's leading forces in the scholarship of Kafka as well as film studies to provide a thorough investigation of the reciprocal relations between Kafka's work and the cinematic medium. The volume approaches the theoretical integration of Kafka and cinema via such issues as the cinematic qualities in Kafka's prose and the possibility of a visual manifestation of the Kafkaesque. Alongside these debates, the book investigates the capacity of cinema to incorporate and express the unique qualities of a Kafkaesque world through an analysis of cinematic adaptations of Kafka's prose, such as Michael Haneke's The Castle (1997) and Straub-Huillet's Class Relations (1984), as well as films that carry a more subtle relation to Kafka's oeuvre, such as the cinematic works of David Cronenberg, the films of the Coen brothers, Chris Marker's "film-essay," Charlie Chaplin's tramp, and others.