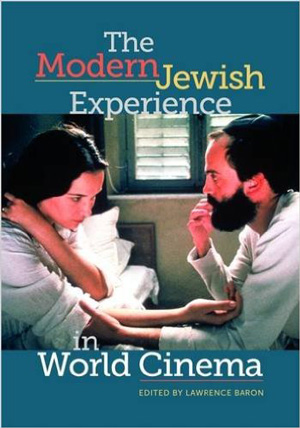 Most people have seen Exodus, Fiddler on the Roof, Yentl, and Schindler’s List—well-known films with obvious Jewish subjects. But the Jewish experience in film is far richer than this. Over the past century, Jewish-themed films have emerged from the Americas, Europe, Israel, and North Africa. This remarkable anthology brings together 54 new and classic essays by 49 scholars in 8 countries to analyze the Jewish presence in world cinema.

Opening with a survey of the approaches employed to study historical films and how they have been applied to Jewish cinema, the book then moves on to several thematic sections containing essays on films grouped by period and region or organized around a central event or issue. These include European Jewry’s acculturation; responses to oppression and belated emancipation; the American Jewish immigrant experience; the Zionist experiment; the Holocaust; postwar American Jewish life; Jewish international films; and contemporary Israeli and American Jewish cinema. An appendix offers a supplementary listing of films.

Designed for classroom use, as well as for programming at film festivals, JCCs, and synagogues, the volume provides resources to help teachers and program organizers select from a broad range of movies. It includes chapter-based bibliographies of additional readings and links to appropriate web resources.