The Magnificent Max Baer: The Life of the Heavyweight Champion and Film Star 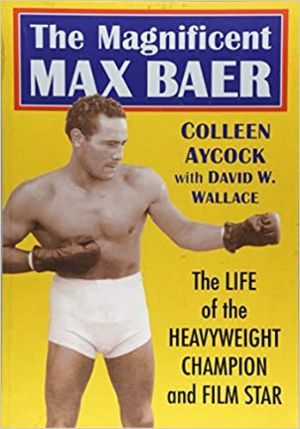 Boxing might not have survived the 1930s if not for Max Baer. A contender for every heavyweight championship 1932-1941, California's Glamour Boy brought back the million-dollar gate not seen since the 1920s. His radio voice sold millions of Gillette razor blades; his leading-man appeal made him a heartthrob in The Prizefighter and the Lady (1933). The film was banned in Nazi Germany Baer had worn a Star of David on his trunks when he TKOed German former champ Max Schmeling. Baer defeated 275-pound Primo Carnera in 1934 for the championship, losing it to Jim Braddock the next year. Contrary to Cinderella Man, (2005), Baer favored 10 to 1 was not a villain and the fight was more controversial than the film suggested. His battle with Joe Louis three months later drew the highest gate of the decade. This first comprehensive biography covers Baer's complete ring record, his early life, his career on radio, film, stage and television, and his World War II army service.