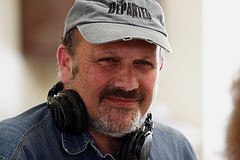 Eran Riklis has forged an international reputation as clear-eyed cinematic observer of life in Israel and the Middle East.

Most recently, the director of such films as “Cup Final,” “The Syrian Bride” and “Lemon Tree” has tackled the issue of the Palestinian experience in Israel in “Dancing Arabs,” which was shown at the Atlanta Jewish Film Festival.

Earlier this week, Riklis began a three-week stay in Atlanta as the Emory University Schwartz Foundation Artist in Residence in a program titled “Forging Cinematic Identities.”